Samosa- A Sentiment ; An Emotion ; A Feeling..”

The Samosa is not just a triangular or tetrahedral savoury filled with potatoes, peas, veggies or meat. It is something far more than that. It binds the country; it unites the world; it brings life into monotony; it galvanizes and energizes and sparks off excitement; it also calms tempers and ruffles feathers; it acts as an emotional balm. It helps tide crises; it adds to the joy of celebration; it forms the platform for debates and discussions and arguments. It is not just a snack –it is truly a way of life.. 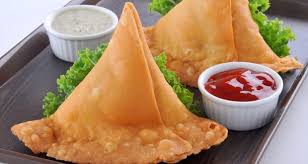 The Samosa, even though it is firmly ours to hold on to, it found its origin in Persia. Sanbosag, is the etymological origin from Persian ancestry. Some claim that it originated in the ancient city of Samosata, on the west bank of the Euphrates in Turkey. It is also believed that it may have originated from Samsa, the pyramids of Central Asia.  It found its way to India through the traders and merchants who travelled to this country. It was an easy snack and a filling food to be made over campfires as they journeyed. It found its way to the kitchens of the Delhi Sultanate and has never ever looked back. It finds mention in a 9th century poem by Persian poet Ishaq Al Mawsili! It has invented and reinvented itself across the length and breadth of the country and I daresay, most of the civilized world. Within the country, there exist as many variations as imagination and inventiveness permits. In most parts of the country, it remains a veggie dish with fillings of mashed potatoes, peas and other vegetables. In Bengal, it is more popular as the Singara, which use white flour and not wheat flour and use unmashed potatoes and may occasionally have an odd raisin or a nut; it as a flaky texture and the folds are trickier.  Fulkopir Singara has cauliflower; Maccher Singara has fish and Mansher Singara has a filling of meat. In Hyderabad, the Luqmi , has a thicker pastry crust and mince meat filling. 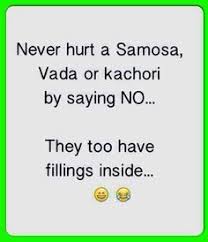 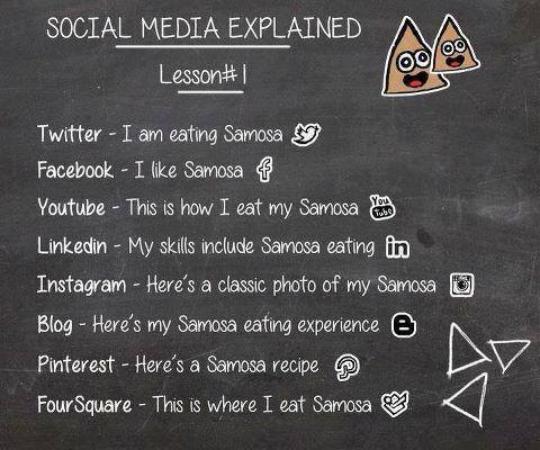 The dish is not confined to the Indian subcontinent. It is popular across the Arabian Peninsula, South East Asia; the Mediterranean and large parts of Africa. It is found with different names and minor variations to the theme. It is popular as the Sambusak in the Arabic world.  In different parts of the world, it is called Somosa, Sambosak , Samboka. In Portugal, it finds its feet as Chamucas in Portugal and Pasteis in Brazil. The fillings may vary and may include apart from veggies, lentils, macaroni, noodles , cheese and beef. But then, what is in a name; it is the thought that counts; it is the feeling that envelopes you! 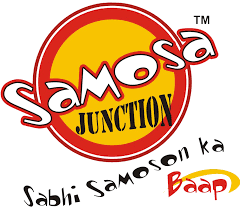 The average Samosa packs in 52% fat ; 42% Carbs and 6% Proteins and gives you a generous dollop of calories , 300 calories and counting. But then, what are a few calories between friends. Efforts have been made to make it “healthier” – bake not fry; interlocked Samosas which allow only surface frying and does not allow the oil to percolate inside: apparently giving you 56% less fat and 43% less calories. But , honestly , it is impossible to insult the Samosa by throwing numbers.  Unless one feels the Samosa going down your esophagus and the delicious warmth crawling into your coronaries, you might as well not have one.. 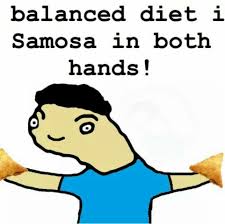 The Samosa  is ingrained in our culture. Today, there is a social media chat –entertainment app called Samosa , where one could chat; exchange corny jokes and love messages and throw punch lines. That is what you would do sitting in a college canteen or at a friend’s pad over a plate of hot, greasy Samosas. Incidentally there is a World Samosa Day – 5th September. There is an industry spawned around the Samosa. Samosa themed greeting cards; Samosa label of clothes and a franchise called Samosa King. There are websites dedicated to Samosa Poetry and competitions based on stories revolving around the Samosa. There is a politican, by the name Lalu Yadav who grandiosely claimed that as long as there would be Aloo(potatoes) in the Samosa , there would Lalu in the state of Bihar. That might have been a trifle premature. The Samosa is certainly here to stay. 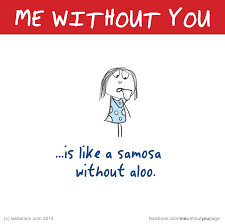 The Samosa is much like India and the Indians: adaptive; flexible; inventive; innovative, accommodating and capable of absorbing diverse influences and making it their own. More strength to the Samosa ; indeed an icon of national unity!!