You don’t need a silver fork to eat good food, famously remarked a wise man. GB Shaw is right on many levels, when he remarked, “There is no sincere love than the love of food.” It is a fact that nothing else, other than music, perhaps, has the strength to bring people bring together. That food is central to existence was acknowledged by Hippocrates who is wrote, “Let food be thy medicine and medicine be thy food”.

It is natural that the English language incorporates food and fruit and vegetables in common usage. It would be a natural progression of thought, in a manner of speaking. You could be somebody’s apple of the eye or you could be a rotten apple spoiling things for others. But, it may not be correct to compare apples and oranges nor would it be right to upset the apple cart. You may need to become an apple polisher to curry favor with powers that be in a Banana Republic. You may go bananas or choose not to give a fig, if things don’t go quite your way. One may behave pea brained and do all the wrong things when you are in a pickle or remain cool as a cucumber. Alternatively you could extend an olive branch and try to make up with your detractors or behave spoil sport and claim that you are going to spill the beans, even though it is believed that you don’t quite know your beans!! 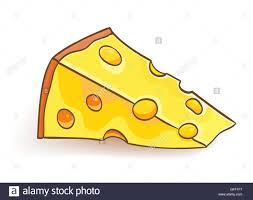 One could sulk and feel morose if one doesn’t get a plum assignment or bad mouth your boss or colleague consequent to a bad case of sour grapes. When the chips are down and things are not going your way, you could give it all up saying it is not your cup of tea or you could butter up the right folks to ensure that you do finally get to cut your cake and have it too! I do believe, it is best not to put all eggs in one basket though. Sometimes, one has to keep ones’ ears open to listen to the grapevine and figure out who the big cheese is and then play your cards well –it may help you to pluck the low hanging fruit and your hard work might actually bear fruit. But one cannot always trust the grapevine and one may have to take certain things with a pinch of salt and things do have a way of getting pear shaped(go wrong)rather quickly , if one does not remain alert.

At the end of it all, one has to follow ones’ gut feelings if one wants to continue to bring the bacon home. Each one has to chart out ones’ own path – everybody can’t be the same as peas in a pod.  One has to figure out which side the bread is buttered. But as they say, when life serves you lemons, make lemonade!!

A gastroenterologist who writes from the gut. an observer ; a learner .. View all posts by vivekhande