A Cabinet of Curiosities.. 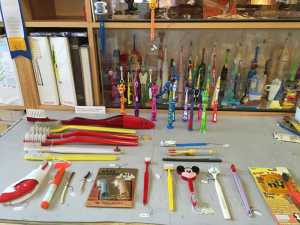 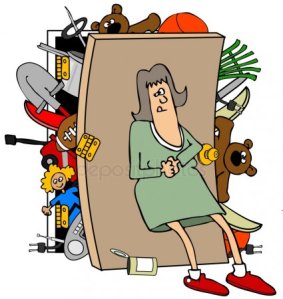 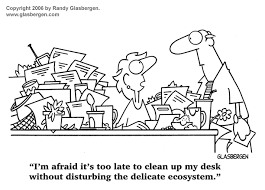 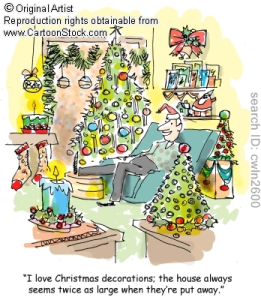 The business of collecting stuff probably started when Nomadic existence ceased about 12000 years ago. In the Victorian era, it was a status symbol to have a Cabinet of Curiosities to display collectibles – this was perhaps the forerunner of the Museum…

There is a thin line between the passion and enthusiasm of a hobbyist or a collector who enjoys collecting stuff as a hobby and the obsessive hoarding by someone who, by definition, actually suffers from a psychiatric illness called Compulsive Hoarding Syndrome.

The Hoarders collect just about anything because they feel that the stuff they are collecting is valuable or may be useful at some point of time. They cannot bring themselves to discard things. They get distressed and agitated if they have to throw away things. They are overpowered by the urge to go on collecting things. Consequently, they live in the midst of a huge disorganized collection of things and more often than not, they do not even realize the chaos and the clutter they exist in! Hoarders may actually be endangering their lives and health in extreme circumstances because of the stuff they may be hoarding.. .it actually begins to interfere with their normal life. A very famous example quoted is that of the Collyer Brothers – Langley & Homer who were found dead in their New York house buried under a mound of old newspapers. Found in the house were thousands of unread books, skins of fruit and vegetables; huge pieces of wood and pipes and a whole lot of stuff of questionable use- they quite literally died under the weight of their hoard!

A very thin line does exist between amateur collectors; compulsive collectors and Hoarders! Hoarders are a different breed. And what they need to collect is at times beyond comprehension. You never know when the electricity bills of twenty-five years ago may come handy or the payment receipt of your first cell phone purchased ten years ago may just be the thing you need. One never knows when empty cartons of shoes purchased a few years ago or broken spectacle frames and dead and defunct watches and empty perfume bottles may be handy. Old shoe laces, tooth brushes and combs with broken teeth need to be held on to for some inexplicable reason – you never know…

Hoarders are likely to have cupboards full of “Super 3 for 1” deals and “Buy 1 , Get 1”type of bargains. They are likely to have a huge cache of the same kind of shoes or socks or gigantic collections of baked beans and soup packets in the kitchen –all bought at bargain stores or discount sales and they will keep hoarding more and more of the same.. and all this has actually created a job market for profession Clutter Managers..

I know of an asthmatic acquaintance who cannot part with airline boarding cards; Uber Receipts; old calendars ( more than twenty years vintage), old broken umbrellas, inhalers (used and finished fifteen years ago); damaged and dented scissors, nail clippers, picture frames and those fused old electric bulbs(more than two hundred of them)- he doesn’t know what he is going to do with all this – but his rooms are bursting at the seams ; the garage is about to explode and his wife of reasonable vintage ,threatening to elope and implode!

When amateur collection transforms into Compulsive Hoarding is difficult to predict. Demi Moore had a house full of her doll collection. Imelda Marcos had shoes and more shoes. Sharon Stone collects Cashmere Sweaters. Jay Leno and Rowan Atkinson (Mr. Bean) collect vintage cars as if they were toffee wrappers. Napoleon collected countries and hence the term Napoleon Complex to denote the use of aggression to overcome physical flaws.

What people collect is interesting. And so are the names associated with some of them. A Numismatist collects coins; a Philatelist collects postage stamps. More interestingly, a person who collects Teddy Bears is an Arctophilist and and someone who collects postcards is a Deltiologist. By the way, a Philumenist collects Matchboxes! A classmate of mine at Medical School collected all awards at the Hobby Competitions with his collection of Bed Bugs , aesthetically presented , with contributions from all of us – the hostel rooms were generous sources of the Bugs..The list is endless – Fountain Pens; Back Scratchers; Sugar Packets- it all boils down to what piques your imagination. 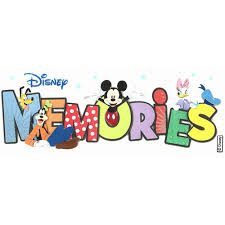 Well, I am a collector too. I am not sure if it will progress to Compulsive Hoarding Syndrome. But as of now, I am more than happy to collect memories, experiences and friendships….

Books evoke that lovely feeling – a sentiment that is difficult to describe. When you come across a new book or rediscover an old one, it arouses a unique set of feelings. A sense of mystery; an association with a set of thoughts and memories; a warm embrace ; a gentle caress ; a sense of belonging ; a sense of loss ; a train of ideas- all this and much more – books have this unique ability to trigger such myriad emotions. That is the power of the written word- it can be evocative; emotive; energizing or it could be calming, comforting and uplifting! Books and reading could transform you into another person or transport you to another world- all with the flick of a page..

I couldn’t agree more with Somerset Maugham when he wrote,”To acquire the habit of reading is to construct for yourself a refuge, from almost all the miseries of life”. I am not sure if reading is an acquired habit as most say it is or one is born with a reading gene which makes you a lifelong addict to the reading habit. Thanks to a voracious appetite for reading, I have travelled to distant lands and made my way through forests; climbed daunting peaks; dived miles under the sea and braved storms and typhoons and gales and survived earthquakes and volcanic eruptions. I have been an Architect and a Miner; at other times a Rocket Scientist and a deep sea Diver; a brilliant Detective and a Philosopher seeking the truth of life. I have voyaged through ancient China and medieval Egypt; lived through the trials and tribulations of Emperors and Pharaohs; lurked in catacombs and caverns; soaked up the company in taverns and spent nights in cheap motels. All this and more sitting in the comfort of my chair with a steaming cup of coffee..the power of the written word!!

I am a bit old fashioned when it comes to reading. I have been encouraged to read on a tablet or an E – Reader. I do have all shapes and sizes of them – dustproof and waterproof and days and days of battery life. The Kindle and the Kobo Aura One: Wi-Fi enabled and with cellular connectivity. Adjusted lighting and backlit display and all of that and more. The convenience of carrying multiple books on the go and what have you. But for me – the good old smell of paper; the flick of the page and the inserted bookmark and the dog-eared, well thumbed tome. That feels familiar; that feels comfortable and that is home! I also did try, on much insistence from friends, the Audio Book. Well it has its merits, I daresay. But let me enjoy my reading the way I enjoy it.

What can be more pleasurable than spending a day in the library; or in a well stocked bookshop and the best book shops I have enjoyed have been in tucked away alleyways and by lanes – books spilling from every shelf.  It does feel you are with old friends and companions who have known you a lifetime. Mortimer Adler got it spot on,” Reading for me is spending time with a friend. Reading is a basic tool in the living of a good life”. Books are, truly, excellent company, in sad times and joyous times- for, books, indeed are people, who have survived and thrived by hiding between the covers of a book..

As somebody famously remarked, “I have always imagined that paradise will be a kind of library”. A book which has touched you in some way will always remain a part of you; it will always stay with you. Over the years, one has acquired books and more books and yet more books. With each move, the cartons get heavier and seem to multiply in number. But it feels like home and surrounded by friends and family when the books find their way out of the packing crates and cartons onto the over laden shelves.

It doesn’t really matter what you read and when you read and how you enjoy the book- whatever works for you should be fine. JK Rowling succinctly remarked, “If you don’t like to read, you have probably not found the right book!” So reach out for whatever creates magic for you!!