Before the Ink Runs Dry… 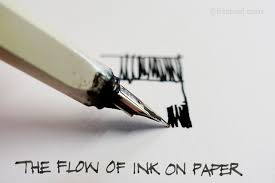 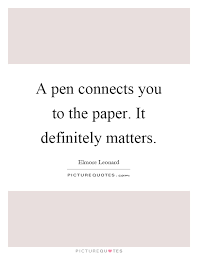 Can anything be more sublime than the flow of a nib across a sheet of good paper? A fountain pen running across the pages- it is lyrical; it is musical; it is almost magical. It is not a mundane act- it is a pathway, a channel for the musings of the heart. A fountain pen is a writing instrument; when the ink flows across paper, it transforms the ordinary to something special. Writing with a fountain pen is like savoring vintage wine; you could write with a Ballpoint pen but that is like having tap water. You could punch away furiously on a keyboard and write thousands of words- but that is like eating a Sandwich on the go; when you put ink to paper , you are having a Michelin Star Gourmet dinner in a fancy restaurant!

The pen and Ink have actually changed the face of humanity and are one of the greatest inventions of mankind. It allowed man to create, share, learn and preserve. It started with the Sumerians who used a stylus to write on Clay Tablets and then baked the tablets for posterity. The Romans did the same on Wax Tablets. The Egyptians, in 2000BC were the first to use Reed Pens- perhaps the first writing instrument as we know it today. The Quill (usually the feather of a Goose) came into use around 600AD. The Dead Sea Scrolls are believed to have been written with a Quill in Hebrew. It was in 1822, that John Mitchell, in Birmingham, first brought out the mass scale production of pens with metal nibs- but they still needed to be dipped like a quill in the ink pot. It was in 1827, that the French Government patented the fountain pen – invented by Petrarch Poenaru- a Romanian studying in Paris. The pen then underwent refinement in design and materials used but have largely remained the same functionally since then. And when I say pen, I do refer to the fountain pen because that is a pen – everything else is an imitation of convenience and expense.

A fountain pen can vary in cost. It could cost less than a dollar and it could go up to a million and more. Each pen moulds itself to the user. I got my passion for the pen from a senior colleague, alas no more. He had an array of fountain pens and would use one, each week. The rest of them would be meticulously washed, dried, put in a pack and kept upright in a container on his table. Some pens would come back for use after months. He also taught me not to use any bottled ink for more than year- small sediments do form which could clog your pen.  He would never lend his pens – he would say, “My pen knows me; it is used to me. Don’t ever press the nib too hard- it is pain sensitive! Let it just glide..”. He almost treated his pen as a living, breathing creature. It inked off on me. I quite much follow the same routine and am passionately obsessive about my collection. People worry about losing expensive pens- it is the same as losing your pet or your children- you just hang onto them!! 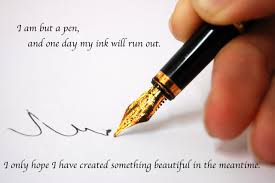 A pen and your handwriting speak a lot about your character. It is as distinctive as you. A good pen just allows your thoughts to flow and speaks what you really want to say. As Mark Twain is supposed to have famously remarked, “I need only five things in life- pen, paper, food, sleep and a sane mind.” And I do agree with the writer, Charmaine Forde, who wrote, “There is no such thing as wasted moment when I have a pen and paper.” The pen has been described as a weapon of mass creation. The pen is often described as being stronger than the sword. But as humorist George Banister remarked rather wryly,” The pen is mightier than the sword- especially when you stick it in someone’s eye!” And somebody rather philosophically compared the flow of ink to the flow of life – the ebbs and tides and commented that “When the Ink runs dry, you are most likely writing at the wrong angle..”

So change the angle. Change the Pen. Grab another Pen and enjoy the beauty of its flow across paper..it is something to be savored before the ink indeed runs dry!! 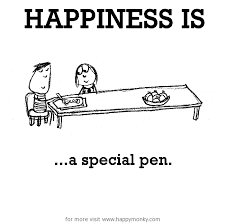 A gastroenterologist who writes from the gut. an observer ; a learner .. View all posts by vivekhande